The BUEC Spring season is over and with it, the 2021/2022 season! The games are finished and the points have been counted. More than 100 universities joined the fight to be crowned Esports University of the Year. The competition has been fierce this year, though one university has stood out and dominated the points table again more than ever before...

Despite losing three out of four LAN finals, Warwick have outdone themselves and finished with a staggering 4,036 points, the best performance throughout their NSE history and a 1,000 point improvement compared to last year. 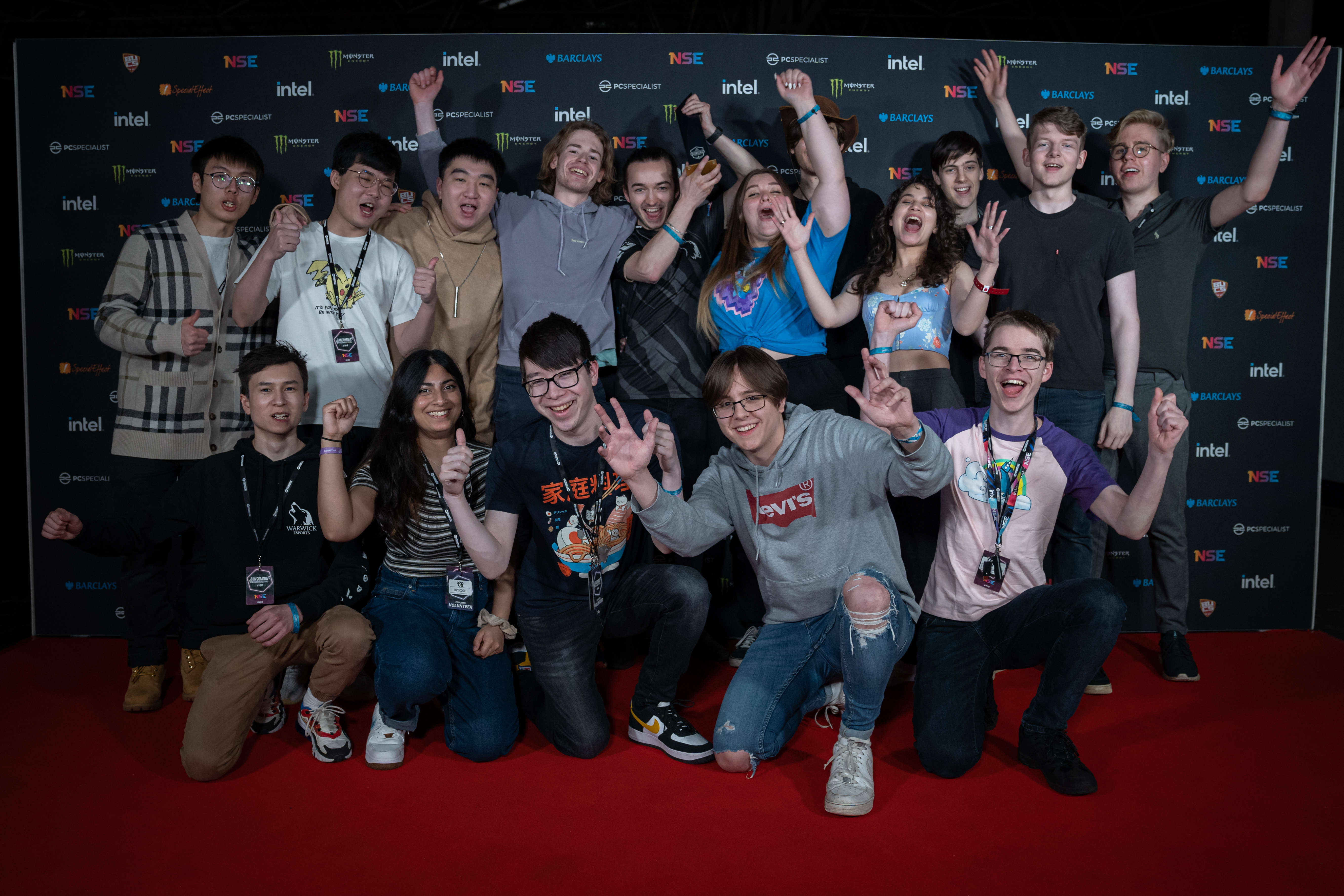 Even though they’ve done well in the past and have often placed in the top ten, Loughborough University, Durham University and University College London have shown an extremely strong performance and are newcomers to the top five this year.

The fight between Durham University, University College London and the University of Exeter for 4th, 5th and 6th was extremely close, with just ten points between them.

City, University of London is the most improved university, they placed 93rd last year and are now sitting at 63rd - a HUGE leap of 30 places and 259 points! Another notable improvement is also the University of Manchester, which climbed 29 places from 46th to 17th this season with an increase of 881 points.

There has been fierce competition right across the UK with the regional rivalry hotting up. The standings of the Best Regional Esports Universities for Season 2021/2022 are:

In terms of individual performance, Tahuru from Birkbeck, University of London took it upon themselves to earn the only BUEC points for their university and win the UFG Tekken 7 tournament!

As for a team to watch out for next year - the Loughborough University team, Ready Player One, joined NSE League of Legends Spring two weeks late and still won the National League Division 2, placing them 9th overall. We’ll keep an eye on them next year to see how they do!

Seeing considerable growth throughout the past year with a whopping 1,000 matches being played each week, BUEC continues to be one of Europe’s largest organised esports competitions and is the UK’s most active grassroots gaming community in the country.

A huge well done to the teams and players that competed this academic year. It was amazing to see so many of you at the live finals at Insomnia Gaming Festival and the Birmingham NEC and we can’t wait to hold more live events for the student community in the future.

Our Spring Finals, which ran for two days over the 16th and 17th of April at Insomnia, had our own University Esports section inside the BYOC hall including a stage for the finals to take place on and a spectator area for anyone to watch. Keeping the NSE community busy all weekend, we had a dedicated BYOC space for students to game into the early hours of the morning and also a partner area where people could set the best lap times in GRID on the Intel cube and have access to lots of Monster Energy over the bank holiday to keep them fuelled. Read the round-up here.

Speaking of, a big thank you to all of our partners for their consistent support and belief in our community; Intel, Monster Energy, Barclays, PCSpecialist, BUCS and SpecialEffect.

Keep your eyes and ears open for sign-up announcements for our summer season at the beginning of June. 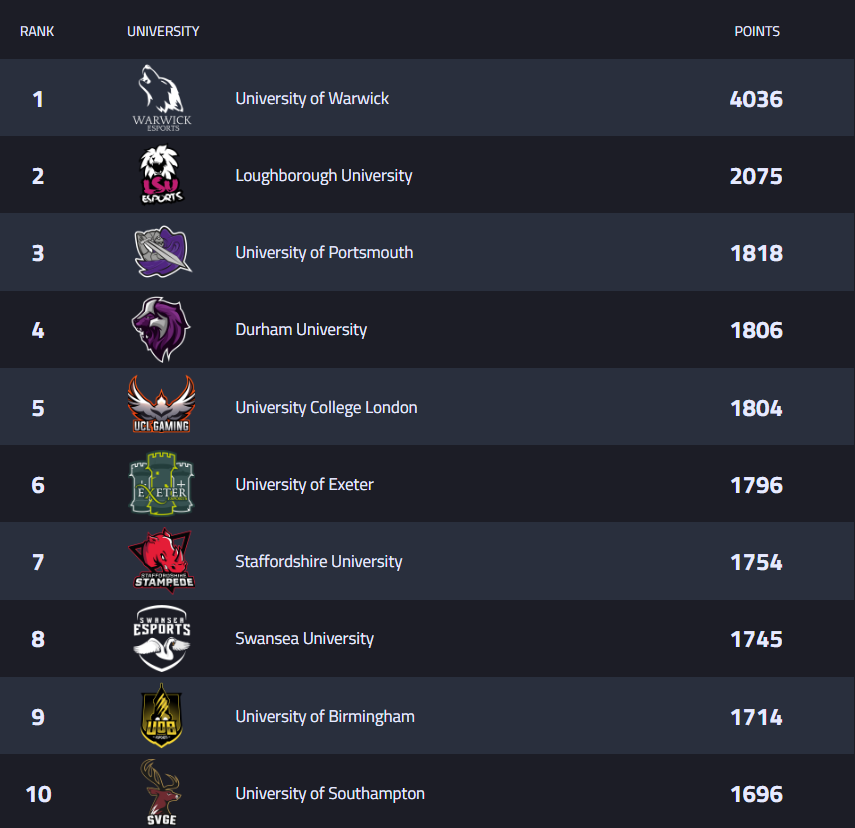 Winning Teams and Players of Spring 2022

Will Warwick continue to dominate the championship next year? Keep your eyes and ears open for sign-up announcements for our summer season at the beginning of June.

Student Freelance Creative Talent Search
Looking for freelance opportunities? We're looking for graphic designers, video editors and any creatives to register their details on the NSE creative freelance directory for us to use for future events and projects.
Jordan Winslow
22 hours ago
NSE at Insomnia Gaming Festival 68 roundup
Didn't manage to catch us at i68? Take a look at what NSE and students got up to over the weekend.
Jordan Winslow
2 weeks ago
BUEC Finals Saturday Preview & Insomnia Snapshot
With so many games ready to be played, what's happening at our BUEC finals on Saturday and what's happened today at Insomnia?
Jordan Winslow
last month
BUEC Finals Pick'em Challenge
Are you an NSE pick'em prodigy? Enter our VALORANT, Rocket League and League of Legends Pick'em competitions to win the envy of all your team mates and some juicy prizes!
Jordan Winslow
last month
Spring 2022: Affiliate Leagues
Sign up for University Fighting Games (UFG), British University Sim Racing (BUSR) and UKUHL (UK University Hearthstone League) Spring 2022!
Becky Wright
4 months ago