NARAKA: BLADEPOINT pushes the boundary of what’s possible within the battle royale genre with its range of deadly weapons, fighting styles, and movement abilities available to players. While exciting, the massive variety of potential combinations and play styles can be a bit overwhelming for new players, so we’ve put together a guide to help you get started in this thrilling 60-player mythical combat game.

In NARAKA: BLADEPOINT, there are 3 different types of attack you can do: regular (white), charged (blue), and counter (red) attacks.

These attacks can be arranged in a combat triangle, where white beats red, red beats blue, and blue beats white - essentially a rock, paper, scissors format. If, for example, you engage another player with a regular (white) attack, and they attack with a charged (blue) attack, yours will take priority and do more damage. 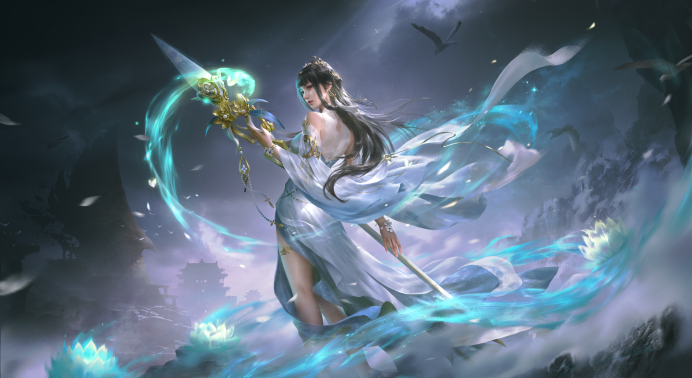 Importantly, blocking attacks isn’t possible in this game, so if you want to avoid taking damage from an enemy, you have two options. You should either dodge their attack, or deflect it by immediately using an attack of the same type back at them. For example, if an enemy uses a regular (white) attack, you should deflect it by also using a regular (white) attack - in this case neither attack would hit and no-one would take any damage.

NARAKA: BLADEPOINT is a character-based battle royale, meaning you have to choose a hero to play as from a set roster. Heroes all have different talents and abilities, including ultimates which are charged up over time. 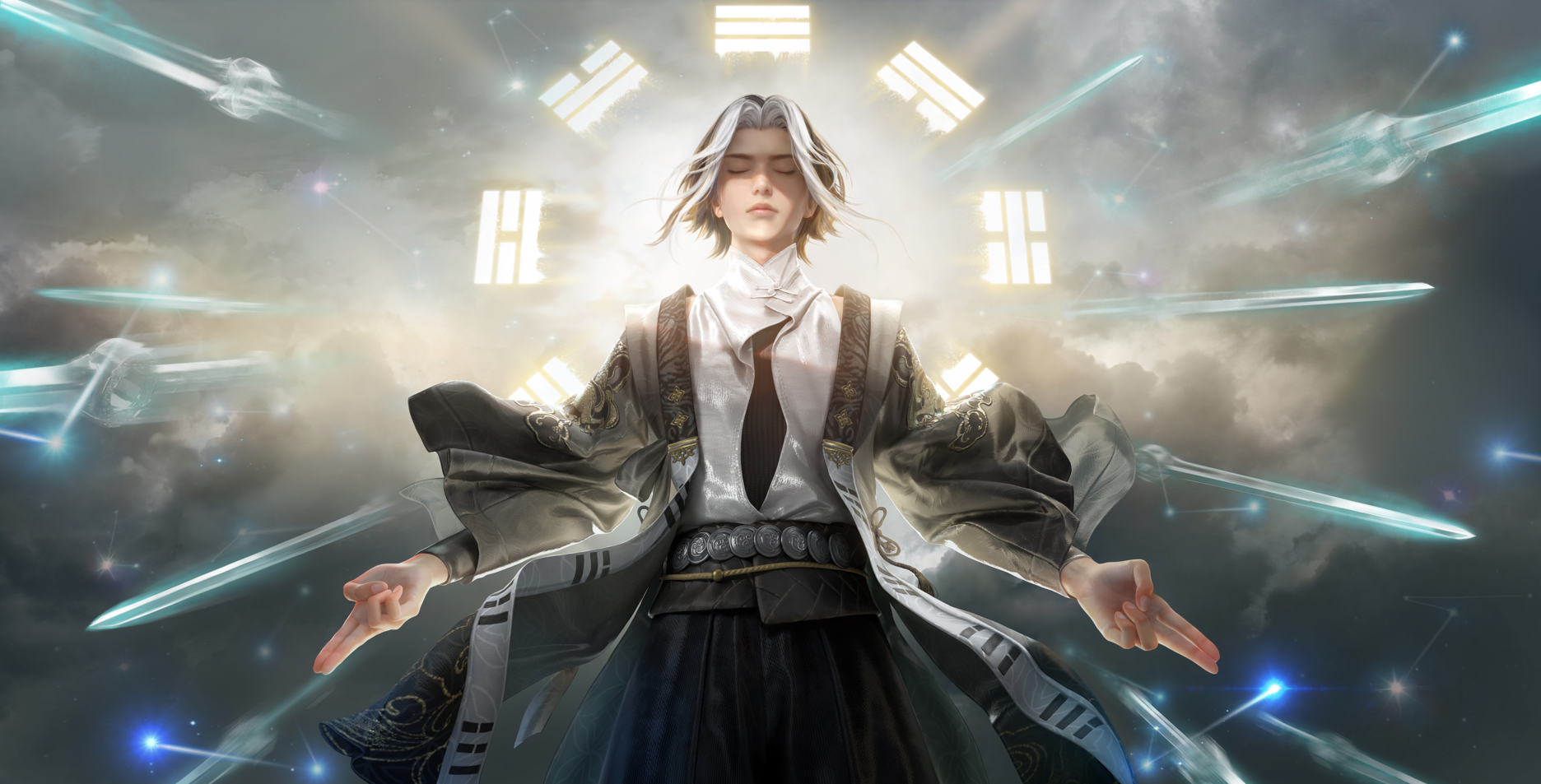 Some examples of heroes include:

There’s a hero to suit every playstyle, so be sure to have a look over the ones you have unlocked and pick the one that suits you best.

Every character in this game is astoundingly agile, allowing you to scale most surfaces and structures quickly.

You can even climb up trees, which provide great vantage points to give you an upper hand against unsuspecting enemies. Fall damage is non-existent in this game, so you can climb as high as you want knowing you’ll be able to get down safely (unless someone starts sniping you with a bow).

You’ll also get access to your own grappling hook, which is a really useful tool for getting around quickly and accessing tough to reach spots. Be wary though that it has limited ammo, and once you run out, you’ll need to search the map for more.

Here are a few other ways you can make the most of the grappling hook:

NARAKA: BLADEPOINT has an in-game progression system which doesn’t carry over between games. This means each time you queue up for a game, you can expect to start from scratch.

There are a few different classes of items that you can collect each game, so let’s talk about them, starting with weapons.

Weapons come in all shapes and sizes, and have different tiers, which affect their strength. The higher the tier, the better the weapon (usually).

Some examples of weapons include:

Every weapon has durability that decreases over time with use, and once it reaches 0, the weapon becomes either incredibly weak (melee) or completely ineffective (ranged). The good news is that you can repair weapons using weaponry chests, which are consumable items found around the world.

Souljades are the other important class of items. These glowing stones provide permanent passive buffs, meaning all you have to do is keep them in your inventory for the effects to be applied. Examples of buffs include increased health, increased melee/ranged resistance, and silenced footsteps. The more of these you can get your hands on, the better!

Lastly, you’ve got your consumables, which are things like food and the aforementioned weaponry chest.

Each of the three classes of items listed above have their own inventory, and as you progress through each game you can find items that unlock extra slots, allowing you to store more.

In each game, you can earn Dark Tide Coins, which act as the currency with which you can purchase items from vendors. Vendors are denoted by gold circles on the mini-map and will have various consumables, upgrades, and souljades in stock.

Now, the question is, how do you earn these Dark Tide Coins?

The coins can be earned through completion of treasure hunts, quests, and bounties. These in-game challenges are denoted by hovering golden scrolls, which can be found out in the open, in treasure chests, or can even be scavenged from defeated players. On completion, you’ll earn coins which can be spent at vendors.

It’s recommended that you try to complete a few of these optional challenges and get some coins to spend, because it’s beneficial to be able to purchase some guaranteed items rather than have to rely on getting lucky when opening chests.

Tips For Playing In A Team

When playing with friends, there are a few important considerations to make when choosing your heroes and creating builds in-game.

For example, you’ll want to form a team of heroes that are complementary to each other i.e. one short-ranged and one long-ranged attacker, rather than two of the same. This makes it harder for enemies to counter you, because there won’t be just one type of build to counter against, there’ll be multiple. Variety is good. 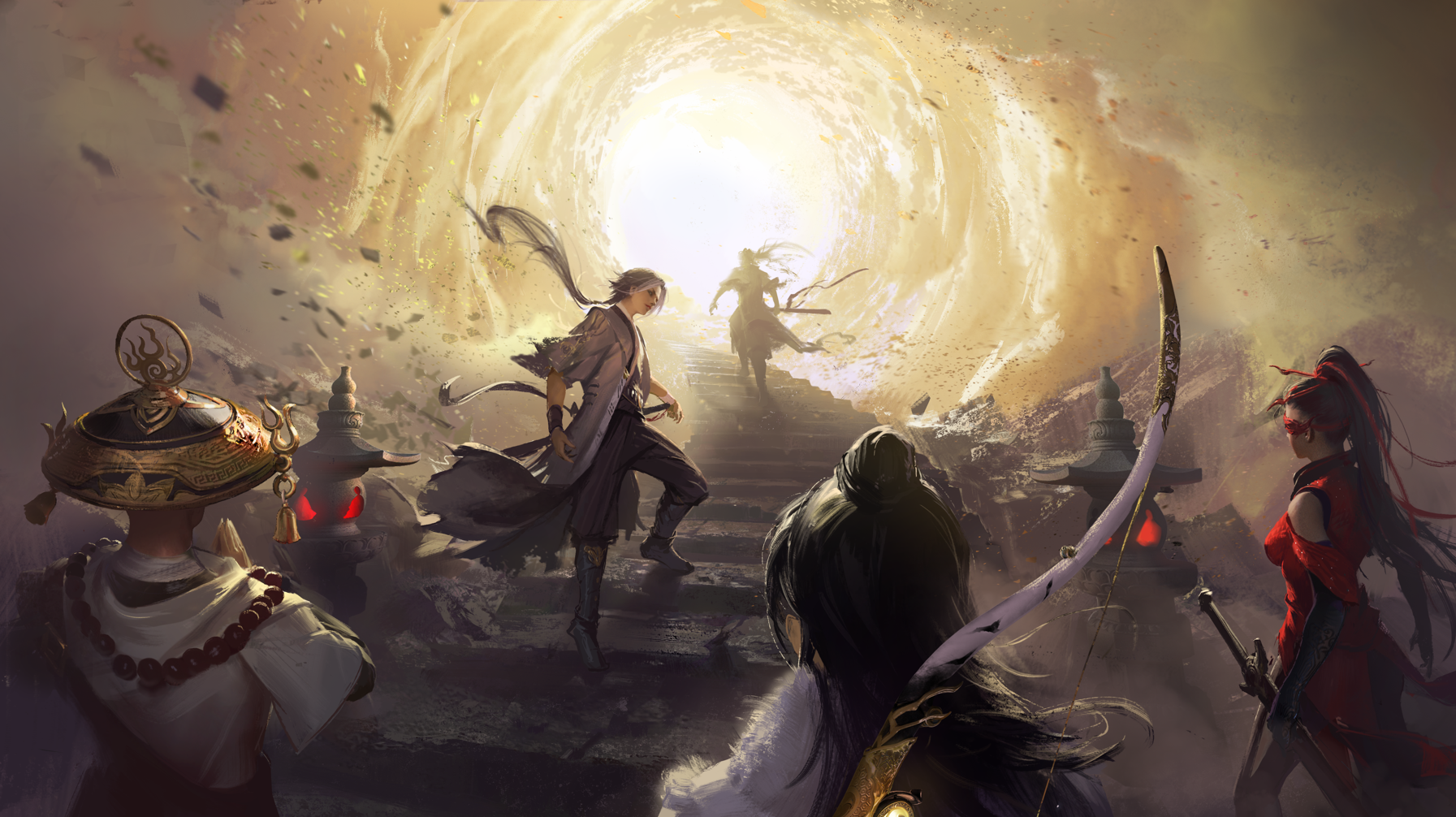 Also, some heroes that don’t seem great when playing solo, might actually be amazing in a trio team comp. Take Kurumi for example, who is a dedicated healer. She doesn’t have as high of a damage output as others, so she falls short in solos, but when you put her in a team with other heroes that can do lots of damage, she can make a world of difference.