The first week of the NARAKA: BLADEPOINT University Invitational is over! Set over three weeks, the invitational will see sixteen university teams go head to head to take a chunk of a £5,000 prize pool. Week one took place on Sunday 20th November, where the teams faced each other to be the last ones standing.

Four games took place over two maps, The Morus Isle and Holorth, where teams got points based on a mix of where they finished in the game and also on how many kills they got. Teams also had a multiplier applied to their kill score based on their placement.

As you can see from the points table below, the team from the University of Machester have dominated their way into first place! They finished first in three of the four games and had a whopping total kill count of 103. The University of Manchester team better look out, they will surely have a target on their backs next week!

The University of Warwick placed first in game number three and is certainly a strong team, finishing overall in second. De Montfort University (DMU) also had a strong performance in the tournament - even though they didn't place particularly well, other than game three where they finished third, they did get quite a good amount of kills meaning they're sitting in fourth place. The team from Keele University have been fairly consistent, with a mix of kills and good finish placement landing them in third. 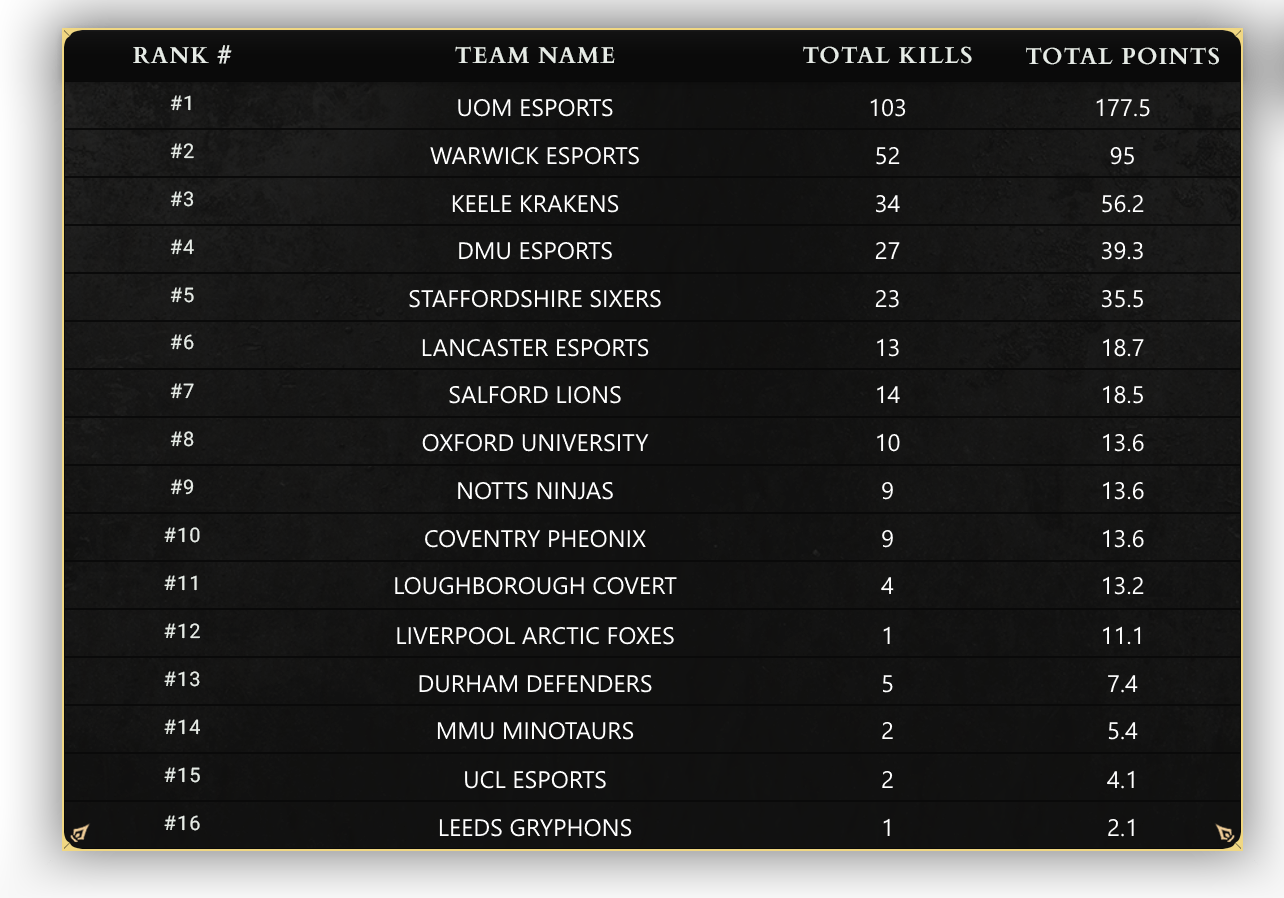 It's still all to play for with two weeks left of the invitational! You can tune in for week two on Sunday 27th November at 3:45pm GMT on the NSE Twitch channel.

Fancy a slice of the action and thinking of getting into NARAKA: BLADEPOINT yourself? Check out our new player guide here and download the game below.

You can also watch the full replay of week one here: