March's winners of Society of the Month are none other than the famous Roehampton Esports, known for their esports scholarships and the esports arena that they have on campus. They also have a streaming room, where they bring in casters to cover their BUEC games live on the scene, and it's for this initiative that we have chosen them as Society of the Month. We spoke to president Thomas "Elix" Johnson and vice president Mateus "JOJO" Almeida to see what they thought made Roehampton special.

What makes Roehampton Esports unique? What do you do that the others don't?

JOJO - Obviously, the first thing that comes to mind is the scholarship. Offering scholarships makes us stronger in competitive games due to the attraction of getting money from playing video games, which seems like something surreal to many. In addition, we try our best to host weekly events for our society and stream most of our competitive games!

Elix - The thing that stands out for me is the facilities that we provide for our players. A lot of other university teams, when we play against them, always seem to know us as the Uni with an Esports Arena. Our arena provides top end set ups for our teams to play side-by-side for tournaments as well as an amazing casual space just to meet like minded people in esports.

What have you done that you’re proud of?

JOJO - Well, in terms of the competitive side for me at least, it has to be achieving the lan finals of NSE in 2019 Winter as it was my first semester at uni and it was the last real LAN in terms of NSE/NUEL so I’m a bit upset that I missed out on so many other potential lans due to covid but hopefully this year we get one! In terms of society, we have managed to gain a lot more members since the return of lectures in person and I’m just happy we can provide a great experience for these students as I myself have missed out on most society events in person due to covid.

Elix - Looking at personal achievements, I’d say one of my best moments was winning the recent VALORANT GooseLan with the mix of players I met at the event; it was my first ‘LAN experience’ so to play alongside and against The Goose House players and get the win with the team was a great experience. For the society, a big thing for me is the number of teams we’ve managed to field so far throughout the year and the progress we’ve seen them make; we have more teams playing this year than we’ve ever had, with multiple teams making top 16, and it’s shown especially in the NSE rankings, where we’ve risen from 50th last year, to sitting at 31st after the winter split this year.

What are your society’s favourite non-esports games?
JOJO - That is a tough question, we have all sorts of casual players from Mario Kart to OSU. The biggest one is probably FIFA

Elix - Our biggest non-esports game would have to be FIFA, we recently acquired a PS5 for our HyperX Casual Room and ever since, we’ve seen an influx of FIFA players coming into the arena to play with friends. Other popular casual games among our society are probably Apex Legends, Teamfight Tactics, and GTA RP which is especially popular among our streamers.

What are your society’s longer term plans over the next 6-18 months?

JOJO - It's hard for me to say personally due to me graduating then. I want the best for the society and I want the team to keep doing more and more events and bigger things like the women in games conference and X7 Bootcamp. I want Roehampton Esports to become a staple name among universities and to be considered one of the best if not the best through hard work and dedication.

Elix - An obvious goal of ours is to keep growing and improving our teams to aim even higher and to hopefully in the next couple years be able to rival some of the top unis, not only in the individual games, but also in the NSE rankings. Something that I would like to push for, is more opportunities for our society members to get experience working in the Esports industry, whether that be through casting opportunities, event production, or even streaming, giving our members a way to get their foot in the door to working in esports is definitely something I want to help to provide through the society.

Are there any individuals who are built particularly differently and who make the whole thing work?
JOJO - Personally, Pedro ‘Xabixao’ Aguiar has done a fantastic job since the departure of Jonas ‘Jiggi’ Kontautas in dealing with the scholarship program as a whole. Even before when he was president he was very helpful to the development of the society.

Elix - Pedro has really stepped up in the Esports Coordinator role, pushing for the university to allow more opportunities for our Scholars, bringing in teams such as X7, SMPR, and Singularity for bootcamps, allowing our players to see what it’s like behind the scenes for pro teams, and even playing with/against the pros in show matches.

Any events coming up that you want to plug?
JOJO - We have a college cup event happening on the 11th. We have four colleges as part of our university (Southlands,Whitelands,Froebel,Digby) and we are having people represent their college in casual games such as Smash Bros and Mario Kart. Everything will be streamed so tune in to that! More details to come soon!

Elix - ^^ We’re also hosting weekly tournaments for our society members which we try to get casted or even just a POV stream for all to enjoy.

Tell us in general about the streams and broadcasts that you run for your BUEC games.
JOJO - We try to stream all our BUEC games just because we want to give the spotlight to our teams and players. We believe that streaming our games is a great way to build a community, as people can support each other during broadcasts.

Elix - This year, we’ve really tried to highlight our teams and broadcast some of the talent that we have by showing them off on our streams (twitch.tv/roehamptonesports) and even promoting our players’ POV streams for those games that we’re unable to get casted. To make for the best viewing experience we can, we also look to get external grassroots casters who are looking for a bit of experience, allowing them to grow as casters, but also to give our players a platform to show their talents. To aid in this, we’ve also started a weekly highlight series, in which we gather some of the best clips to upload onto our Youtube channel and share them on our Roehampton Esports Twitter. 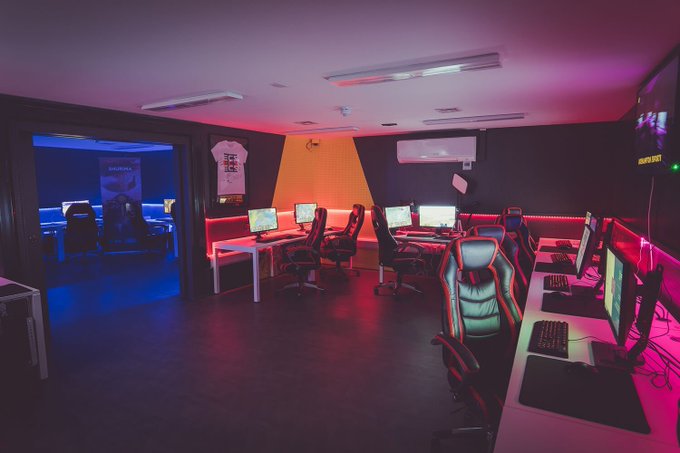 If you want to hear more from Roehampton Esports, you can find them on Twitter, Youtube, or you can join their Discord.

Say hello to the NSE admin team!
We would like to welcome two new admins joining the team this summer and give you a quick introduction to all of our other existing admins.
Daria Ionita
yesterday
RLCS #LANdon Major Pick'ems
Think you know who will win the RLCS #LANdon Major? This is your chance to prove it! Enter your predictions for what teams are going to be the victors in the NSE Pick'ems bracket for a chance to win a £10 Steam Gift Card!
Daria Ionita
5 days ago
Oxford-Cambridge Esports Varsity 2022
The annual Oxford-Cambridge Esports Varsity is back for 2022! Book your calendars for Saturday the 25th and Sunday the 26th of June, where the two universities will battle it out live across 5 games to be crowned as the Esports Varsity Champion 2022.
Daria Ionita
last week
Summer Affiliate Leagues
Here’s a rundown of the tournaments organised by our affiliate leagues that are on this summer season. This summer season features; Sim-racing, fighting games & Call of Duty.
Daria Ionita
last week
NSE and Hitmarker Team Up to Highlight Esports & Gaming Entry-Level Roles and Internships
Keen on getting into the esports or gaming industry but find it hard to keep up with the roles available? We’re teaming up with Hitmarker to help highlight entry-level roles and internships to the student community!
Becky Wright
last week