Dreamhack Dallas went on a couple weekends ago at the Kay Bailey Hutchison Convention Center from June 3rd to June 5th, and it hosted the first-ever Collegiate Rocket League (CRL) World championship where university teams from the European and North American regions were able to battle it out for the first time at a LAN event. Six EU teams (including three UK teams) were able to qualify through European University Rocketeers' Championship (EURC) 2022 and the last chance qualifier tournament, and ten NA teams qualified through their CRL Spring Championship 2022 and their last chance qualifier as well. The European teams that made it were:

And the North American teams that qualified were:

The teams were divided into 4 groups, based on seeding, and had to win a total of 2 series in their groups to make it into the top 8 single-elimination bracket on the final day.

During day 1, on Friday, both opening matches and the winner’s matches were played for each group so that the 4 teams that won both of their series in each group would instantly move on to the top 8 bracket and skip out on having to play the following day. In group A, the favourites to win the tournament, Northwood Blue, won both of their series in a clean 3-0 sweep each time. Group B saw the EU first seed, Portsmouth Paladins, get upset by Penn State in game 5. Penn State then went on to face UTA who then managed to clinch a game 5 win to send them through to top 8, forcing UTA to play another series on Saturday. Group C saw EU’s first win at the LAN with the Keele Krakens sweeping Valleyfield College 3-0 in an astounding series, but then they would fall to Columbia College in the winner’s match, allowing Columbia to skip out on playing day 2. Columbia College were favourites to win that group as they came 2nd only to Northwood in the CRL Spring Championship. Lastly, group D was dubbed the group of upsets as both Berlin Pheonix and Stockton lose their first series in game 5 against 2 NA teams that made it in through their last chance qualifiers, literally no one predicted it to happen. The winner’s match saw the UCF Knights sweep Oakland University, moving them straight through to championship Sunday. 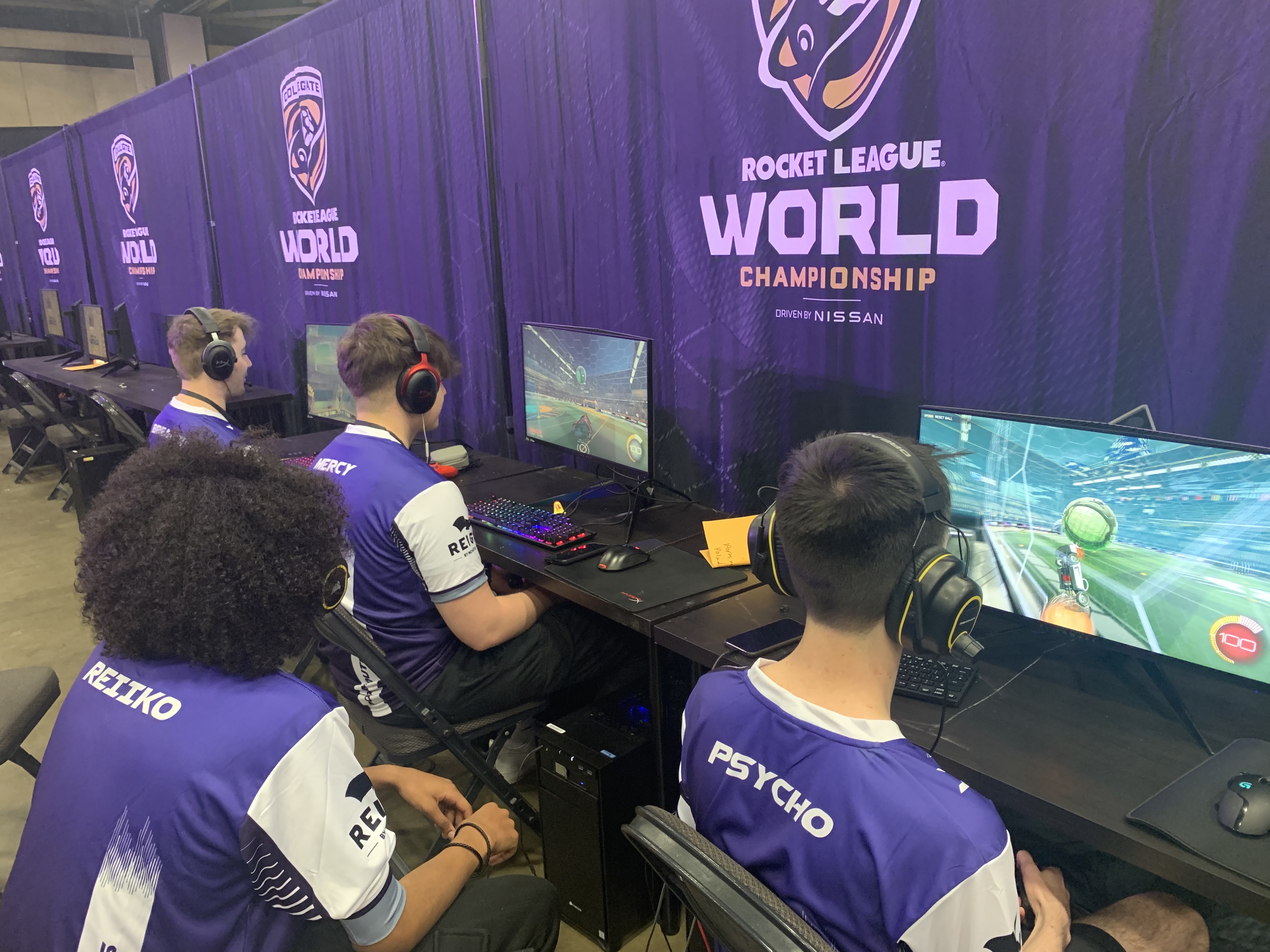 Day 2 was the day of eliminations where 4 teams would fill out the other half of top 8, and the remaining 8 teams would be out of the competition. It was a sad start to the day for EU fans as the elimination match for group A was an EU team kill with the Salford Lions beating KIT SC Lawnmowers 3-1, group A then made EU fans even sadder when Salford Lions were swept by St. Clair. This meant that both EU teams in group A were knocked out. Unfortunately, it didn’t get better for EU fans throughout the day, as group B saw Portsmouth Paladins also exit the tournament via a 3-0 from the University of Nevada Las Vegas. UNLV then went on to sweep their next series against Penn State, pushing them through to top 8. Group C was another heartbreak for EU fans, seeing Hamburg lose to Valleyfield 3-1 and then watching Keele Krakens lose a soul-shattering game 5 to the same team, eliminating another 2 EU teams. Then, to top it all off, group D saw the last remaining EU team, Berlin Pheonix, lose in game 5 against Stockton, who then go on to make it into top 8 after beating Oakland in the deciding match.

Day 3, championship Sunday, brought about the final single elimination bracket where the remaining 8 teams battled it out for the title of the first-ever CRL world champion. Both Northwood Blue and Valleyfield won their quarterfinals matches in commanding fashions against UNLV and UCF Knights respectively making those 2 teams the first semi-finals match. Even though St. Clair had to pull in their substitute player, they were able to clinch a quarterfinals victory over UTA, pitting them against Stockton in the semi-finals as they were able to win their series over Columbia College who were the 2nd seed in NA. In the semi-finals, Valleyfield gave the star-studded roster of Northwood Blue a run for their money but ultimately the first-seeded team won the series 4-2. This was the same score line in the other semi-finals where Stockton took it over St. Clair. This made the finals an NA classic with Stockton versus Northwood and this was a matchup that Northwood had won in their 3 previous interactions. Unluckily for Stockton, things were the same this time as Northwood Blue swept them in the grand finals, crowning them as the first-ever CRL world champions. Sadly, the underdog can’t always win.

So, there you have it, Northwood Blue as CRL world champions with their roster of Lionblaze, Hockee, and Buddy. They were the number 1 seed in the tournament for a reason and boy did they show it as they destroyed almost everyone in their path, so huge congratulations to them. Even though none of the EU teams made it out of groups, this was a huge step for the CRL scene in Europe with the EU competitions finally being funded to compete against the heavily funded CRL teams. This was a massive experience for CRL as a whole but EU teams specifically, and there was even a trailer for the next CRL season, showing some NA CRL qualifiers along with EU funded competitions once again. Next season, these will all lead to another CRL World Championship event which is exactly the type of event that will keep CRL improving.

Overall, the CRL World Championship was an amazing event for those active in the university Rocket League scene and even more so for those teams that were able to compete. The promise of another event that includes EU university teams is a huge deal as teams competing in EU events will have more of an incentive to improve and play their very best during these qualifying tournaments. 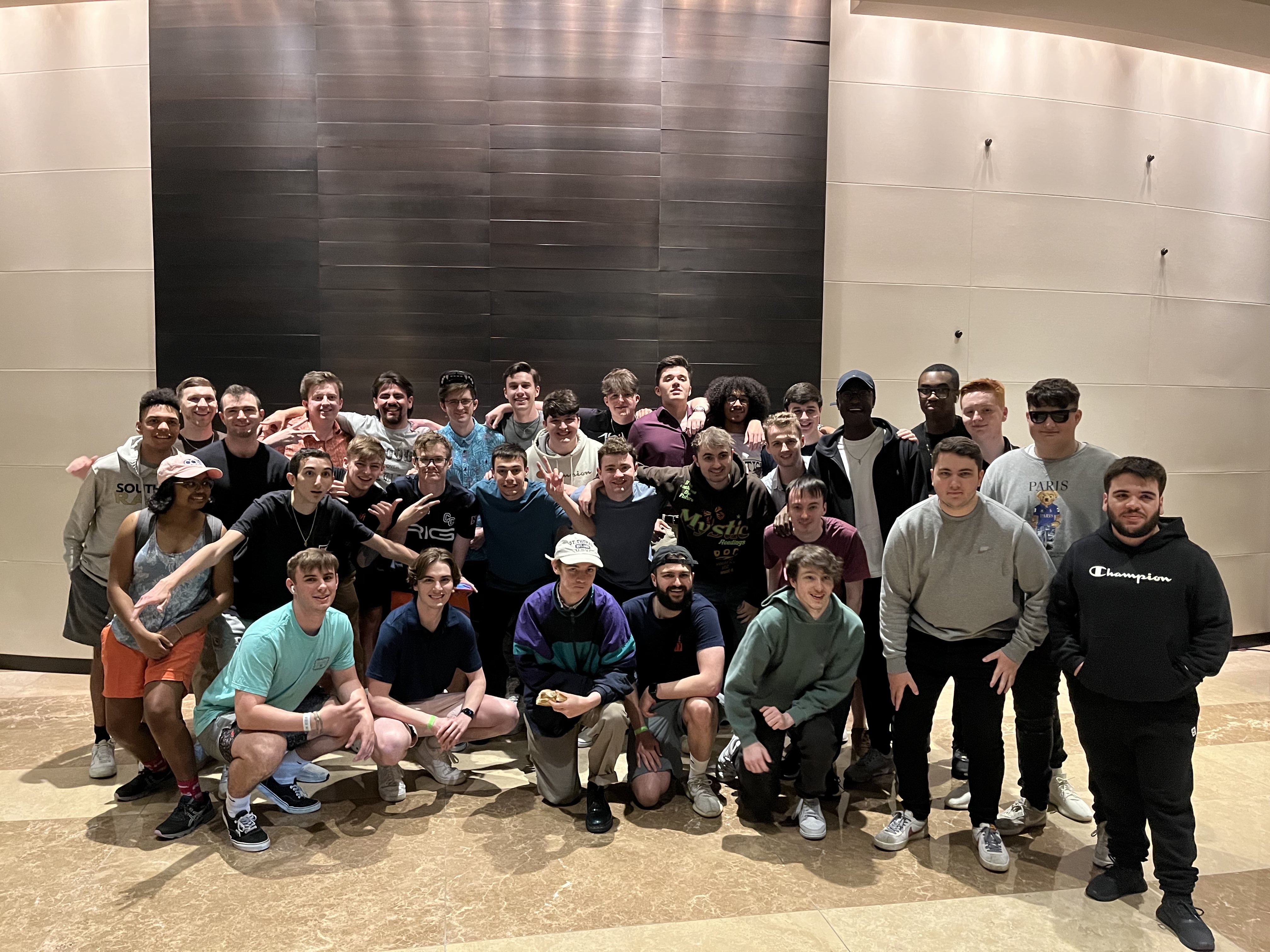 RLCS #LANdon Major Pick'ems
Think you know who will win the RLCS #LANdon Major? This is your chance to prove it! Enter your predictions for what teams are going to be the victors in the NSE Pick'ems bracket for a chance to win a £10 Steam Gift Card!
Daria Ionita
5 days ago
Oxford-Cambridge Esports Varsity 2022
The annual Oxford-Cambridge Esports Varsity is back for 2022! Book your calendars for Saturday the 25th and Sunday the 26th of June, where the two universities will battle it out live across 5 games to be crowned as the Esports Varsity Champion 2022.
Daria Ionita
last week
NSE Rocket League Teams Go Global
Three Rocket league teams that compete in NSE have made it to the first LIVE LAN Collegiate Rocket League World Championship in Dallas, Texas!
Jordan Winslow
last month
Legion Regions Rocket League - Regional Finals this Weekend
Teams from Wales, Ireland, Scotland and England have been battling to represent their region in Rocket League. Over the last few weeks, 60 teams from across the UK have competed and now it's time to decide who will go through!
Becky Wright
4 months ago
ANNOUNCING EURC 2022 – SPONSORED BY PSYONIX!
The European University Rocketeers Championship is back again in 2022, and we're partnering with Unirocketeers to help crown the UK's representatives!
Cinereous
5 months ago