The winter season is over! The games are finished and the points have been counted - let's see what happened this term...

The University of Warwick is once again dominating the points table, with Staffordshire University and University of Southampton in second and third. The rest of the top 10 are all fairly close in points, so who knows what will happen in the spring season.

Another dominating performance this winter was from Louie, a University of Exeter student, who incredibly won all three Super Smash Bros. Ultimate cups! 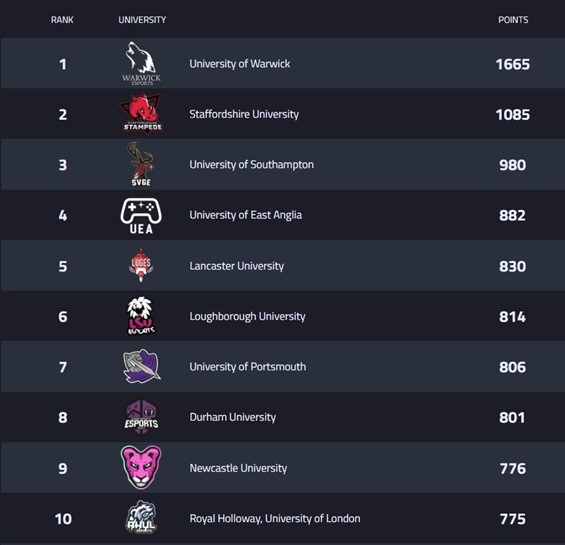 You can see the points table overview here and a full breakdown here.

The champions of the British University Esports Championship Winter 2020

Sign-ups Open for the Spring Championships!
Sign-ups are now open for the 2020/21 spring season! Find dates, prizes and tournament links for all your favourite games.
Becky Wright
4 days ago
NSE 2020 Wrap Up
It’s been quite the year. To recap 2020, here’s what you guys got up to!
Becky Wright
last week